Psicosi - concorso per i soci 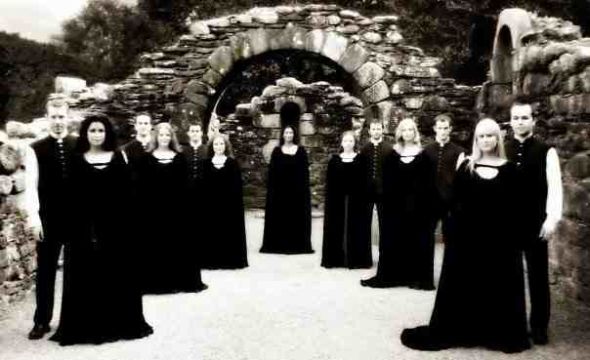 1-
Many times these pages have been the starting spot for explicit attacks towards music’s current status quo, the decay of quality and the disrepair of musical education for young generations. We believe in this ideas, and we will keep them on our banner, and meanwhile we keep hoping this lethargy will come to an end and keep working towards that direction. In consistency with this position of ours, with this article we are going to put under the spot-light the fact that there still are some “happy islands” which keep nourishing this art in a way that is as accurate as – for this very reason – anachronistic, and its fruits should be picked and jelously kept by all those people who, as well as the person who is writing, direct their efforts towards the re-discovery of this (almost) lost treasure.

It takes just an effort of will to rise above the haze (thick but only ethereal actually) of the artificial musical products by the offer of which our ears are constantly chased. All we need is to clear our minds, and here we are, above the world and all its advertisements.

Nothing but silence around us, together with the space in which we can take care of our concentration and our imagination. We just have to take a look around, and direct our sight wherever we want to: in Ireland, for example. We fly lower, without paying attention to the haze which now has no more effect on us, and with the only power of our thoughts and the support of the Internet we get to Dublin, with no need to take the ferry from Liverpool.

Here, in Yeats’s hometown, which forever will live in the hearts of James Joyce’s readers, lives a man, Michael McGlynn, and his creature as well, which is turning more and more from being a simple happy island to being a real world: Anuna.

A group of singers, both men and women, creating a musical choir that is absolutely unique and among the most interesting ones in the world.

We now see them rehearsing in Dublin, dressed in every day clothes and under Michael’s watchful supervision; the landscape then changes, Anuna get into their true identity, and here they are dressed in beautiful old-fashioned clothes and cloaks, singing in theatres and concert halls all around the world. The singers have a soberly proud attitude, and with the most elegant manners they stand, serene as only true professionals can be, before audiences of all kinds, both for culture and nationality. No director stands in the way between the two sides of the stage: voices and atmospheres, as created, arrive complete and without obstacles directly to the ears and minds of those listening, who bewitched by the sharp looks of the singers ask for nothing but to keep receiving those magnetic waves of emotions. “I think that very much had a lot to do with it” we are told by Michael McGlynn, who, with great courtesy, answers our questions on his work “the relation between the audience and the performer would have been key to my decision to pursue choral music as a livelihood.”. This peculiarity, which can be true for choral music in general, is even more true in the exceptional case of Anuna: their repertoire, when not of Michael McGlynn’s original compositions, often based on lyrics from ancient poems, consists of re-arranged versions of ancient songs – the listener (and even more the audience) perceives an enormously evocative atmosphere, created by musics in which melodies are mixed with a skilfull use of modality, and also by the group’s attitude that we partially described before, and which is not just a mere support but a fundamental part of the dimension which the audience is gently brought into.

The journey begins in 1987, when a very young Michael creates the first embodiment of what will later become Anuna (yet, untill 1991 the name will be An Uaithne), with the purpose, among others, to create a bridge between ancient and modern music, through the instrument of organized voices singing in choir – this is the dimension in which Michael states to have back in time found what he was looking for, something that would open his “mind and ears”, both as a musician, generally speaking, and also as a composer. It doesn’t take too long before Michael is joined in the group by his twin brother John: a singer and a composer as well, even though with a distinguished sensitivity of his own. “I joined because I loved the music” says John, who beside vocal skills also features remarkable ones as a guitar player: in fact, he’s behind many of the arrangements for this instrument played along with Michael’s compositions. John, beside pursuing his own career as a songwriter, still contributes to the work of Anuna – he also makes no mistery of his role “Michael tells me that we are doing a version of a traditional song, so I source the original version and then do a simple arrangement of it. It’s that straightforward!”. And the results are not lacking. In 1994 Anuna join the cast of the show “Riverdance”, a worldwide success which most certainly gives a boost to their long and already launched career – you can hardly count the number of the first class collaborations featured in the history of the group, and to give you a clue we just have to name artists such as Elvis Costello, Sting, Sinead O’Connor and Michael Crawford. 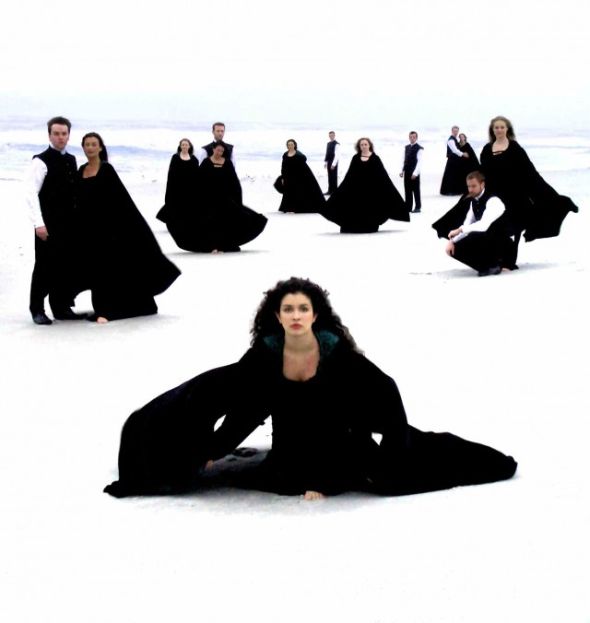 Nevertheless it would be a negligence, to let the readers get a wrong sense of what we’ve said so far: that would be to categorize Anuna within the vague catalogue of celtic music, or even just within the one of more specifically called Irish music. Michael is categorical upon this issue: “I’m not concerned about re-creating the essence of Ireland: in fact I would say I’m completely selfish in the way I compose…I want, like Debussy, my pleasure, I want to do what I wish.”. This gives us the confirmation of what could have already been deduced with a slight knowledge of the group’s work and reputation: we are talking about an artistic entity whose goal is to make as universal as possible its musical offer, overcoming all cultural barriers and creating a musical project accessible to human beings from any latitude (and a strong help to this comes from the fact that the songs being performed are not just in one, but in several languages from all the sides of the planet, from Middle English to Latin, up to Finnish). Cultural identity not as a wall, but on the contrary as a bridge to connect the most diverse experiences and cultures; with regard to this Michael is once again doubtless and states that something like Anuna might have been born in a different reality, outside Ireland, since the point that matters is the presence of a culture with a strong ethnic basis – and from this point of view Anuna, nevertheless fulfilling the above-mentioned qualification, are once again peculiar, being there no real choral tradition within Ireland’s musical culture.

Anuna, a group which clearly appears more and more outstanding within the world of arts. Not only music, but as we previously said a real and concrete attitude of the members, which is taken care of and enhanced within each and every one of them throughout the time spent being part of the group. The purpose is not just the creation of a remarkable and evocative appearance, but to promote a concrete path of personal growth for each member, in order to create a vital alchemy within the group itself. We are expressly witnessed this fact by Nicola Lewis, a gentle-mannered twenty-three year old girl, a member of Anuna since the age of seventeen and one of the youngest members of the group: “The group has had a massive impact on me..always striving to be better, being self aware, working as a unit, being graceful in what you say and how you move..it all helps me as a person.”. Also very important as well, as Nicola points out, are the relationships between the members, which often evolve and continue after the end of the rehearsing time. It all goes to underline how Anuna are more than just a simple, even though extremely interesting, group – they are rather a reality, a world around which many activities and even more people orbit. This becomes even more clear if we look at what probably is the most exceptional activity of the group, i.e. the constant effort in creating public Workshops which, occasionally and in different parts of the world, are opened to anyone who wishes, through a certain number of lessons, to learn the fundamental elements of the work of a choir and the necessary self-settings, both internal and external, which every individual has to carry out in order to perform this activity. As well as for Anuna’s inner functioning, Michael McGlynn is sure that musical education is also very important for the outer world, the potential audience to which Anuna’s musical work is addressed, as the work of any other artist. Michael is convinced that in our times music needs to be reborn and redefined, he actually states that “music education is the lifeblood of any group that wishes to survive this period.”. And this fact, as we just said, is important not only for the artist but also for those who are going to enjoy the actual work of the artist. With regard to this, Michael expresses an intuition which is quite illuminating “people are no longer interested in looking at art, in looking at music and admiring how wonderful it is: what people want is to understand the essence of it.”. Therefore the Workshops, where participants get to meet members of the group which offer themselves to fulfill anyone’s curiosities and doubts: in these occasions Michael’s presence is constant, and often he is supported by his wife, singer Lucy Champion (who also works with Anuna). Such an admirable work has also the shape of Michael’s interventions in academic institutions,  such as Florida Atlantic University. It’s worth noticing that, in Michael’s words and purposes, this educational work is possibly even more important and rewarding for the artist who gives of his knowledge: “I think there’s nothing more exciting to me than when somebody at a workshop asks me something which asks me to define something which I take for granted, and i never had to define before.”.

The future of music lies within all this, Michael has no doubt about it – neither do we.